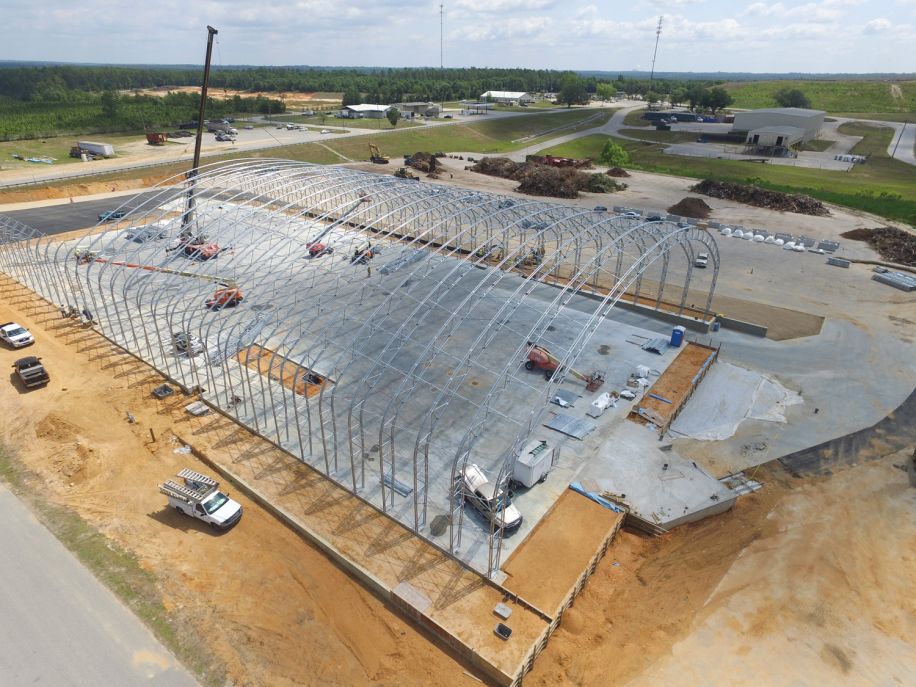 Reduce, reuse, recycle: Pensacola is all about following the three R’s of the environment, especially when it means limiting the negative impacts of waste on our communal home and garden. Since 2009, the City of Pensacola’s implementation of its recycling program coupled with the recycling services provided by the Emerald Coast Utilities Authority (ECUA) has been the answer to the community’s call for a greener initiative when it came to disposal of recyclable materials. But, now, residents are asking: what items should actually go in my recycling bin? Where do the recyclables go? To answer these questions and more, Pensacola Magazine reached out to the ECUA and City of Pensacola’s Sanitation Services and Fleet Management Department to learn more about how our local recycling programs operate and how we can do our part to ensure a greener and cleaner horizon for Pensacola.

Chances are if you live downtown, the City handles your recyclables, while if you fall outside the city limit in areas like Ferry Pass and Brent, your recycling is handled by the ECUA. However, ECUA is also in the middle of a negotiation to accept recyclables from Okaloosa and possibly other counties in the region, too.

Out of the 800 tons of waste per day produced by Escambia County alone, between 40 to 50 percent of that waste is recyclable when using traditional recycling methods.

The statistical goal for the City’s recycling program was to recycle at least 20 percent of waste that would normally go into traditional garbage and be sent to a landfill. The good news is the City achieved the goal for its program, reaching a 25 percent recycling diversion rate in 2015.

The City saves roughly $130,000 in annual disposal costs by diverting materials to be recycled. If the City didn’t provide a recycling service, the cost of sending recyclables to the landfill would cost $45.06 per ton. The recyclables collected by the City are sent to Tarpon Paper in Loxley, Ala., a privately operated recyclables processor that is responsible for sorting and marketing all materials collected.

Of the 4,806 tons of recyclables collected by the City in 2015, 10 percent (about 500 tons) were contaminates, otherwise called non-recyclables. If non-recyclable items are collected in recycling carts, they must be sorted out and sent to a landfill, which hurts the processor by further increasing operation and disposal costs.

“The goal of the City’s recycling program is to provide customers with a convenient way of recycling much of their household waste,” explained Jerry Moore, director of the City’s Sanitation Services and Fleet Management Department. “However, using recycling carts for garbage disposal not only hurts the program, but can eventually cost all customers more money in processing fees and additional disposal costs.”

The recyclable materials accepted by the City’s program include plastics with labels 1–2, old corrugated containers (OCC) like cardboard boxes, mixed paper including old magazines, and some metals like aluminum. For a full list of what the City accepts for recycling, check out cityofpensacola.com/143/sanitation-services-fleet-management.

Since Tarpon Paper doesn’t have a viable marketplace in the region to sell glass, or plastics with labels 3-7, the City does not accept these materials. Furthermore, the glass is problematic for a mixed recycling operation like the City’s collection system, since broken glass comingles with other recyclables, often hindering the recovery and marketability of the other recyclable paper products.

On the other hand, the ECUA’s recycling program does accept glass and mixed 3–7 plastics. This is because the ECUA was able to dispose of the materials by sending them to three privately operated recyclables processors, including the Infinitus Renewable Energy Plant (IREP) in Montgomery, Ala.

Unfortunately, as a result of downturns in the recyclables commodity prices, the ECUA lost access to all three of its recyclables processors, including IREP, after they shut down last year. This means all recyclables currently collected by the ECUA are sent to the local landfill.

In response to the closure of the IREP, the ECUA and Escambia County Board of County Commissioners launched a $10.4 million Interim Materials Recycling Facility (IMRF) project to meet the recycling needs of the community and maintain reasonable costs for the consumer.

The IMRF is a 53,460 square-foot facility that will be covered in the same type of PVC-like fabric used for airplane hangars like those on NAS Pensacola. The facility is located adjacent to the Perdido Landfill in Cantonment, Fla. Construction of the IMRF began in January 2016 and completion of the facility is expected in September 2016.

The building process involved multiple parties: while Brown Construction completed site work and laying down the foundation and structure of the facility, Big Top Inc. provided the fabric for the roof of the building, and Bulk Handling Systems created the unique sorting system inside the IMRF.

The 25 TPH sorting system from Bulk Handling Systems has multiple screens for separating fines from paper and containers, sorting lines and separators, an optical sorter for plastic separation, and a Nihot system for glass recovery.

The IMRF is projected to handle 25 tons per hour, adding up to processing roughly 165 tons of recyclable materials per day with an estimated annual capacity of 40,000 tons.

For now, the IMRF will be a clean MRF. However, the project is referred as an “IMRF,” or “interim” MRF, because the ECUA and Escambia County are in negotiations with a vendor regarding the possibility of constructing a dirty MRF. Should the project for the dirty MRF move forward, the IMRF would be the temporary, or “interim,” processing facility for recyclables until the dirty MRF could be permitted and constructed.

But, by all means, the IMRF would not go to waste. If the dirty MRF were to proceed in construction, then all equipment and materials from the IMRF would be incorporated into the permanent dirty MRF.

“The ECUA realized its customers view recycling as a necessary and environmentally beneficial service,” said Randy Rudd, deputy executive director of Shared Services. “A solid recyclables processing infrastructure is needed, and the ECUA believes it is better suited to weather the normal downturns in recycling commodity values. Also, by keeping recyclables out of landfills, the ECUA avoids related disposal costs while allowing recyclables to be used for higher and better purposes.”