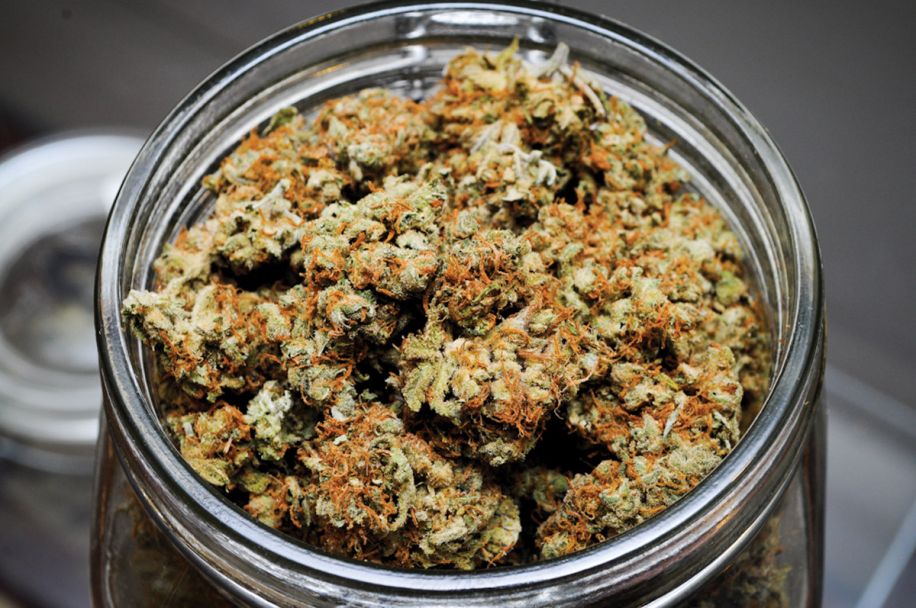 The last time we saw the Florida Right to Medical Marijuana Initiative, otherwise called Amendment 2, was on the November 2014 ballot when, as many of us already know, the initiative was defeated after failing to achieve at least a 60 percent vote in favor of passing the bill.

Prior to the proposal of Amendment 2, Gov. Rick Scott signed Senate Bill 1030, better known as the “Compassionate Medical Cannabis Act of 2014,” which legalized low-tetrahydrocannabinol (THC) cannabis, such as the strain called Charlotte’s Web, for medical patients suffering from cancer or “a physical medical condition that chronically produces symptoms of seizures,” such as epilepsy. The law required physician approval and the potential user’s physician had to determine that “no other satisfactory alternative treatment options exist for that patient.”

The story of the now-famously narrow medical marijuana law in Florida, dubbed Charlotte’s Web, began many years ago and hundreds of miles away in Colorado, a medical marijuana legal state. In 2011, the Realm of Caring organization, helmed by five brothers who cultivate and breed medical cannabis, began crossbreeding marijuana and hemp to create a strain that would not get people high but would deliver some of the medical advantages of pot.

Enter Paige Figi, whose six-year-old daughter Charlotte was diagnosed with Dravet Syndrome, a catastrophic pediatric form of epilepsy. Charlotte had significant cognitive and motor delays, brain damage, and had to be fed through a tube. Approximately one in 100 people suffer from epilepsy, but Charlotte’s struggles were far more severe than the average case. Sometimes she would suffer from more than 300 seizures per week, or one every two hours. Figi knew she had to do something to help her daughter, and had heard of California parents’ success in treating their children using a low-THC (tetrahydrocannabinol), high-CBD (cannabidiol) strain of the marijuana plant.

After getting the go-ahead from neurologists and pediatricians in the area, Figi started her daughter on the Realm of Caring’s unique, low-psychoactive formula. Eight months later, Charlotte’s seizures were reduced by 99 percent.

After a documentary on CNN called Weed made Charlotte Figi into low-THC medical marijuana’s poster child, and Dr. Sanjay Gupta threw his support behind the strain, word of the plant’s medicinal applications spread quickly to places like South Florida, where Jacel Degadillo and Seth Hyman began lobbying for their children to receive a similar strain, now nicknamed Charlotte’s Web.

Fast-forward to today, where Amendment 2 is making a comeback to the ballot on November 8. Should Amendment 2 pass this year, it will add a Section 29 to Article X of the Florida Constitution.

Earlier this year, the Senate passed House Bill 307, a new measure that expanded the existing SB 1030 law, which allows patients with seizure disorders and cancers to have access to a non-euphoric strain of cannabis. With HB 207, terminally ill patients are also allowed to use full-strength medical marijuana in Florida. This new measure not only dramatically increases the potential number of patients, but would allow for three additional licenses to grow and distribute various strains of marijuana after the state has registered 250,000 patients. Under the 2014 law, only one grower in each of the five regions of Florida could grow, distribute and sell cannabis.

Amendment 2 was designed to require that the Florida Department of Health regulate medical marijuana production and distribution centers and issue identification cards for patients and caregivers. Specifically, Amendment 2 would guarantee:

That medical use of marijuana by a qualifying patient or personal caregiver would not be subject to criminal or civil liability or sanctions under state law.

That a licensed physician would not be subject to criminal or civil liability or sanctions for issuing medical marijuana to a person diagnosed with a “debilitating medical condition” under state law.

That registered medical marijuana treatment centers would not be subject to criminal or civil liability or sanctions under state law.

Although both were designed to legalize medical marijuana, there are some differences between the 2014 and 2016 measures of Amendment 2.

For instance, the 2016 measure clarifies the requirements for parental consent for the use of medical marijuana by minors and further defines what is meant by the term “debilitating” illnesses, which would qualify for medical marijuana as a treatment option. In regards to a “debilitating medical condition,” the measure defined the condition as cancer, multiple sclerosis (MS), glaucoma, hepatitis C, HIV, AIDS, ALS, Crohn’s disease, Parkinson’s disease, “or other conditions for which a physician believes that medical use of marijuana would likely outweigh the potential health risks for a patient.”

The 2016 measure also addresses the concern regarding caregivers, by making it clear that doctors would not be immune from malpractice claims for negligent prescribing of marijuana and by limiting how many patients a caregiver can treat with marijuana.

While there is still some strong push for Amendment 2 to pass, it is not met without opposition from those who caution against the potential for abuse.

Vote No on 2 is the leading group campaigning against Amendment 2, while United for Care (or People United for Medical Marijuana) is leading the campaign in support of Amendment 2.

In essence, a “yes” vote supports legalizing medical marijuana for individuals with specific  debilitating diseases or comparable conditions as determined by a licensed state physician, while a “no” vote would oppose legalization and keep the state’s current limited marijuana program in place (as defined in measures like SB 1030 and HB 307).

One argument against Amendment 2 is that it will initiate a “pill mill” scenario, or a situation in which doctors issue prescriptions without medical necessity. To address this concern Ben Pollara, campaign manager of United for Care, explains why dispensaries won’t become something akin to “pill mills” for medical marijuana.

“In a pill mill scenario, you complain about a hurt back and a doctor writes you a prescription for a pain killer,” said Ben Pollara, campaign manager for United for Care. “You immediately go to the pharmacy and fill the prescription in the same day. This would not be the case with medical marijuana; the process makes it almost impossible to create a pill mill scenario with dispensaries, because you have to get diagnosed by a licensed physician, get a recommendation, and send it to the Florida Department of Health for verification and wait for a state-issued ID. This means you could not do it all in one transaction, within the same day, as with the pill mill scenario.”

Another of the primary concerns against the legalization of medical marijuana is that communities won’t have the right to limit or restrict “pot shops” or medical marijuana dispensaries in their city or county.

“Because we would be passing a constitutional amendment, the state legislature, local law enforcement and local governments will not be able to alter the law in any way, shape or form,” said Christina Johnson, campaign spokesperson for Vote No on 2. “The authors of this amendment could have included a clause granting local communities the right to ban, limit or restrict pot shops in their communities. Because they didn’t, Escambia County and others aren’t guaranteed a local option.”

Speaking of local options, the Escambia County Board of County Commissioners will not be moving forward with a year-long moratorium that would have prevented medical marijuana dispensaries from opening in unincorporated parts of the city. The moratorium was to give county staff time to figure out how to deal with dispensaries in regards to the county’s zoning laws. For zoning considerations, Pensacola will treat medical marijuana dispensaries as if they are pharmacies.

On Aug. 18, the commissioners set aside the moratorium and voted 5-0 to direct country staff to come back with an ordinance that would regulate dispensaries currently allowed under state law. This vote was only concerned with dispensaries currently allowed by law, which leaves open the possibility for further regulation on the local level, should November’s ballot on Amendment 2 pass and expand the availability of medical marijuana.

Already, six nurseries have been approved by the Florida Department of Health to grow medical marijuana, and a seventh is awaiting a judge’s order on issuance of a license to grow. Plans were recently announced for a medical marijuana dispensary to open within Pensacola city limits.

Until Amendment 2 has been passed, there is no way to determine the possible fiscal impacts of medical marijuana on Florida’s economy on the larger state level as well as on the local level. Of course, there will be an expected increase in costs for additional regulatory and enforcement associated with the production and sale of medical marijuana. While fees can offset the costs and sales tax may apply to purchases, changes in revenue cannot be reasonably determined since the extent to which medical marijuana will be exempt from taxation is unclear without legislative or state action.